I didn’t mean to get you all upset with the title of this post telling you that Ben & Jerry’s are going to stop selling ice cream – that would be disastrous. But they are going to in a selected area.

The arm of the law has got its fingers everywhere. When a government is suing a company because it chooses not to sell its products in a specific place – isn’t this a little 2-faced from the said government?

Now, B&J’s is owned by Unilever (since 2000); however, the decision to remove the ice cream from certain places was made by Ben and Jerry and the independent board of directors, which was set up to (among other things) protect and defend B&J’s brand equity and integrity.

The furore came when B&J announced that it planned to stop selling ice cream in an illegal Israeli settlement in the occupied West Bank and occupied East Jerusalem. Wow – that got the heckles up, and the Israeli government quickly got into action, launching a legal attack.

Israeli PM Naftali Bennet said the move was “morally wrong” and would prove to be “financially wrong”. And the Foreign Minister Yair Lapid called the move a

“disgraceful capitulation to anti-Semitism and the BDS movement”.

Ah, then here comes the long arm of Israel.

Israel’s ambassador to the US asked 35 US governors to enforce state laws that make it a crime to support the Boycott, Divestment and Sanction movement (The BDS movement calls for a complete boycott of Israel over its treatment of the Palestinians.).

Some grocery chains in Israel have pulled the ice cream off their shelves or are putting them to the bottom of the freezer. (I’d still find it!!!). They seem to think that boycotting is a waste of time.

“Even the most liberal-minded person who believes in a two-state solution knows that ultimately there will be territorial exchanges and swaps. It is not up to Ben & Jerry’s to dictate what the borders should be.”

So it’s okay for a government to boycott, bomb, be heavy-handed with apartheid type laws and dish out the racial injustices? But when a company chooses not to sell its products in certain areas, god forbid that this is seen as morally wrong!

Ben & Jerry’s have said that continuing to sell ice cream in the settlement would be “inconsistent with our values” they also said the decision reflected the concerns of “fans and trusted partners”.

Who are Ben and Jerry? Ben Cohen and Jerry Greenfield are both Jews who have a track record of campaigning on social issues such as LGBTQ rights and climate change and now the blatant apartheid in Israel.

I applaud any company that stands up for its ethics even in the face of financial loss and government harassment. 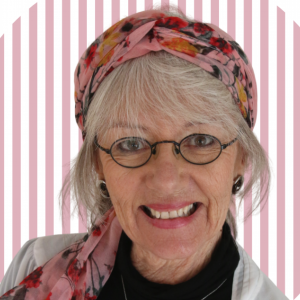